High altitude species offer an excellent opportunity to understand the molecular and physiological bases of adaptation. Ultimately, I am interested in all avenues by which adaptation can occur, including changes in protein coding regions,  cis-regulatory elements and trans-regulatory elements.

(1) Mitochondria serve a critical function in the production of cellular energy, due to genes encoding for parts of the five complexes involved in the electron transport chain, and oxidative phosphorylation (OXPHOS). I investigated the role of different types of selection, as associated with a major selective pressure (ie. hypoxia), at the mitogenome level in three different species of Andean waterfowl across altitudinal populations by analyzing 60 full mitochondrial genomes.

(2) Hemoglobin has been a flagship molecular marker in studies regarding altitudinal adaptation. Although the importance of hemoglobin in regards to adapting to low oxygen environments is well known, most studies have relied on sequencing only the major Hb genes responsible for the αA (HBA, HBA-D) and βA (HBB) subunits, excluding the other genes in the two clusters (π, ε), as well as the up-stream regulatory elements for the clusters.  This study will test whether variation in embryonic isoforms of the α- and β- hemoglobin complexes, as well as the proximal promoter regions for all five genes, are linked to high-altitude adaptation in three Andean duck species (Graham and McCracken, In Review ).
​
(3) Hypoxia is a fundamental physiological stimulus that induces adaptive, homeostatic responses. During reduced oxygen supply, the most profound changes in gene expression are mediated by transcription factors known as Hypoxia-Inducible Factors (HIF) that play a key role in cellular responses to low oxygen tension in a variety of organisms. HIFs and a number of their downstream targets have been implicated in adaptation to high-altitude environments ​and other oxygen limited environments -  I will test whether nuclear variation is linked to high-altitude adaptation in three Andean duck species (Graham and McCracken, 2019. Heredity).
​
​I used MYCROarray's services for the first three chapters of my thesis (sample preparation, probe design and sequencing)

Evolution of High-Altitude Adaptation in the Speckled Teal (A.flavirostris) 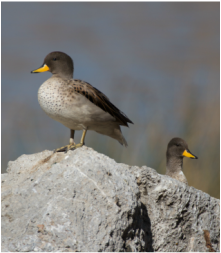 Local adaptation frequently occurs across populations as a result of divergent selective pressures and gene flow associated with life in heterogeneous landscapes. Studying the effects of selection and gene flow on the adaptation process can be achieved in systems that have more recently colonized extreme environments.
In this study, we used next-generation sequencing (RAD-seq) to explore the underlying genetic mechanisms of high-altitude adaptation in speckled teal populations, as well as the extent to which both selection and migration have affected genetic architecture (Graham et al., 2018. Genome Biology and Evolution).

Evolution of the HIF Transcription Factor Family in Eukaryotes 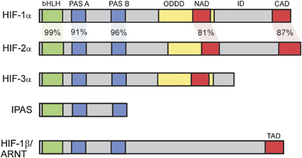 Hypoxia inducible factors are comprised of transcription factors who are known to play a key role in cellular response to low oxygen tension in a variety of organisms.  I am interested in the evolutionary history of this transcription factor family (through looking at bHLH-PAS containing proteins). I am utilizing the vast array of published genomes to identify members of the HIF transcription factor family through bioinformatics and phylogenetic analyses, as well as testing for evidence of selection at characteristic domains (Graham and Presnell, 2017. PLOS One)